There are so many wonderful treasures in Eldon George’s fossil collection. While looking through the catalog of specimens I noticed the listing for Line#268, with the specimen description that reads:

Walrus tusk (dated by the Canadian Museum of Nature ~ 16,000 years old). Found in the mud at the mouth of Parrsboro Harbour by Mike Winters & Eldon George (late ‘forties, perhaps just after WWII). It was upright in the mud. Mike Winters stepped on it and injured his foot when he and Eldon were swimming in the Harbour. There is a small cut on one surface, where the Canadian Museum of Nature took a sample for dating.

During a recent trip to the Rock Shop I looked for the specimen. My eyes widened when I saw the label that read Box #268.  I opened the cardboard tray, and inside was a large walrus tusk that is approximately 25 cm long.

Last week I asked Eldon about the walrus tusk.

“Oh, the walrus tusk, yes that is an interesting story“, he said.

Eldon smiled as he began to tell me the story, of when he and Michael Winters were wading in the Parrsboro Harbour “drudge”, an area of the Harbour where water is trapped at low tide. It was the late 1940’s. Eldon and Mike were looking for Yellowbelly Flounder. As they stepped through the water they carefully pushed their feet into the sandy bottom. Flounder that were lying on the bottom would become disturbed and try to swim away.

As they walked, Mike’s foot pressed hard on something, and he cut his foot quite badly. Eldon reached down and pulled up the tusk that had been sticking out of the sandy bottom. Mike had cut his foot open on an ancient Walrus tusk. Mike’s foot was cut badly, and Eldon had to help him back to shore.

Sometime later Eldon sent a sample of the tusk to the Museum of Natural History so they could determine its age. The Museum replied and said the tusk was 16,000 years old!

The Museum replied and said
the tusk was 16,000 years old!

The walrus tusk is a specimen that connects us to a time at the end of WWII, when young Eldon and his friends were fishing along the Parrsboro Shore. It also connects us with the life that lived here before the end of the last glaciers, and the rocks that currently cover the land in the Parrsboro area as a layer of glacial till. The Bay of Fundy coastline now erodes the shoreline and exposes the glacial aged rock layers.

It was the Bay of Fundy tide that released this ancient walrus tusk along the shores of Parrsboro Harbour. It was Eldon George who recognized its value. 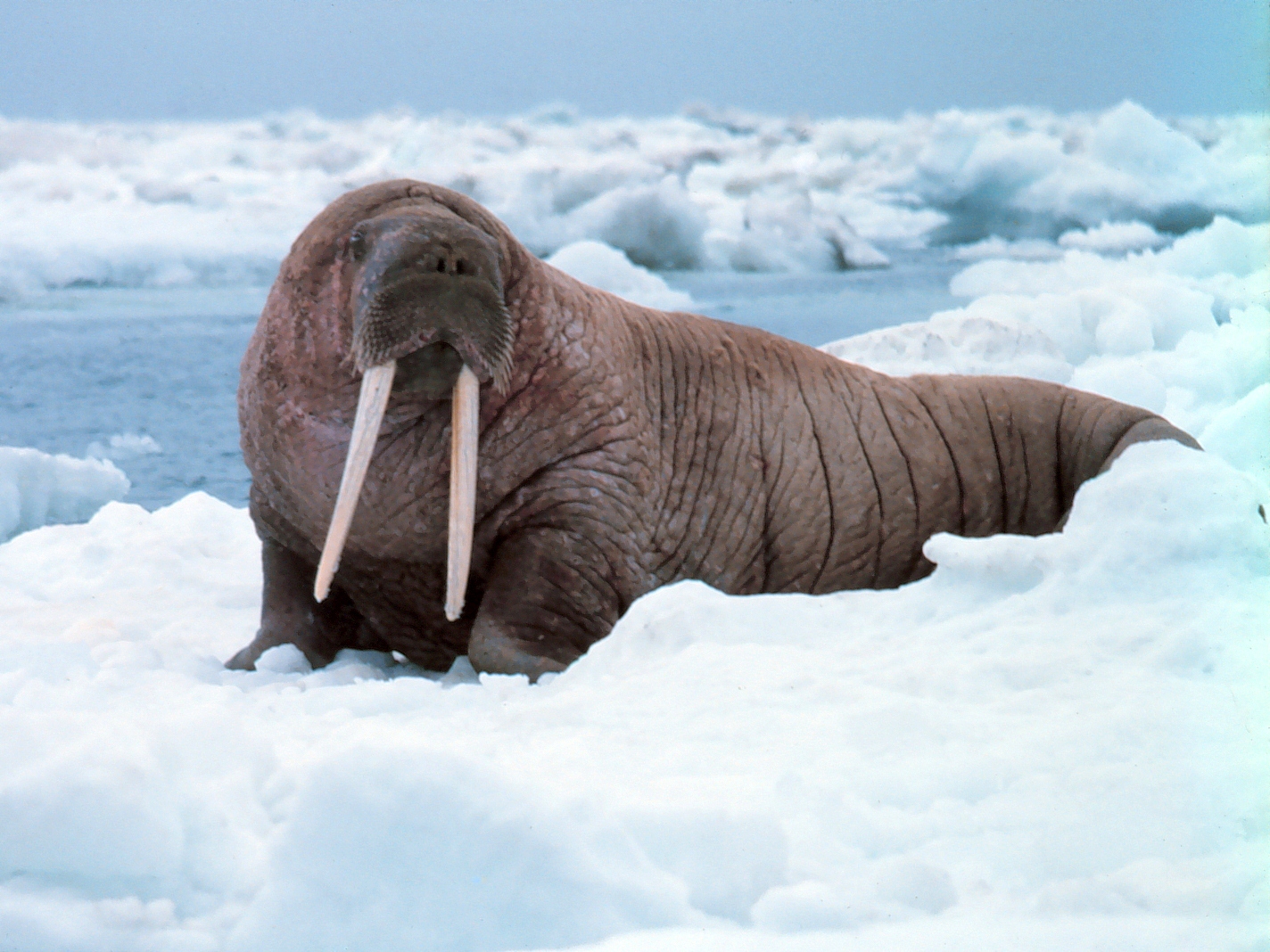 2 thoughts on “Walrus in Parrsboro Harbour”